“Australian sculptor. Mueck spent 20 years in Australian and British television and advertising, where he was already making the mannequins that he later adapted to sculptural purposes. Mueck took part in the exhibition Sensation at the Royal Academy in 1997 with mixed media sculpture Dead Dad (1996–7; London, Saatchi Gal.), an unsettling illusionistic rendition of his own deceased father, half life-size. Made from memory, the sculpture became as much the focus for a strong emotional involvement as it was a mere object treated with Mueck’s rigorous eye for detail. As the artist explained, the miniaturized representation proved a more emotionally involving depiction of death by compelling the beholder to ‘cradle’ the corpse visually. Mueck sculpts in clay, makes a plaster mold around it and finally replaces the clay with a mixture of fiberglass, silicone and resin; the technical skill involved has often been foregrounded by critics to the detriment of its content. Such psychological density was evident in Ghost (h. 2.02 m, 1998; London, Tate), a gigantic representation of an awkward teenage girl wearing a bathing suit and averting her gaze from the viewer. Such plays on scale are integral to the powerful effects of Mueck’s figures. A colossal figure commissioned for the Millenium Dome in London in 2000 reiterated a similar issue. Tackling traditional themes such as self-portraiture or the age-old question of verisimilitude in art, Mueck applies skills more usually associated with theatrical or cinematic special effects, to engender a personal understanding of the art object”. @ Tate Gallery

“As a child Mueck often made toys, and as a young man he created puppets for children’s television programs, including Sesame Street and The Muppet Show.”

“Comfort and discomfort are pretty broad terms. Each viewer will arrive with their own comfort/discomfort levels. The artist makes something to react to…the viewer reacts”.

“I spend quite a while making paper mock-ups/sketches of varying sizes before I commit myself to sculpting the clay. I can still change it all right up to the molding stage, by which time I know if the size is working for me or not.”

“The space has a huge effect on the works. With sculpture the space creates a tangible context. You can’t really predict it; you have to work with it. There are always surprises”.

“The pieces evolve. I might see something that gets the ball rolling—an image, a scene in the street, a suggestive pose. I might start with a space and wonder what could work within it. But those are just the starting points that a piece will develop from.”

“The choices I make as the work develops are no doubt informed by my “background” but I’m not sure I could identify a particularly Australian quality.”

“”Mueck’s art offers us a glimpse of something ‘real,’ but not life-size, and because his subjects are isolated, we focus in on them in a new way. Through his creative process, the artist makes a poignant and psychologically charged portrait. His work is powerful; its strange believability compels us to look closely.” Andrea Karnes, Curator @ The Modern Museum

“Perhaps one should not hold Mueck in suspicion for his background in the movie industry, as it has left him well equipped to make a mark on a contemporary art scene desperate to keep pushing back boundaries that barely exist”. (Sydney Morning Herald , 27 February 2010) (1)

” It has been a long time since artists were comfortable with the Renaissance idea of ‘man as the measure of all things’. Mueck has shown that by the manipulation of scale and an exacting realism,viewers may be confronted with the complexities of their own relationship to other human beings. These large or small bodies are mirrors of psychological states: they make us conscious of our own insignificance or the way we tend to view others as mere bit players in the all-encompassing drama of our subjectivity. Even the most insensitive of viewers must feel that these sculptures open a small chink in the armour of the ego.” John McDonald (1) 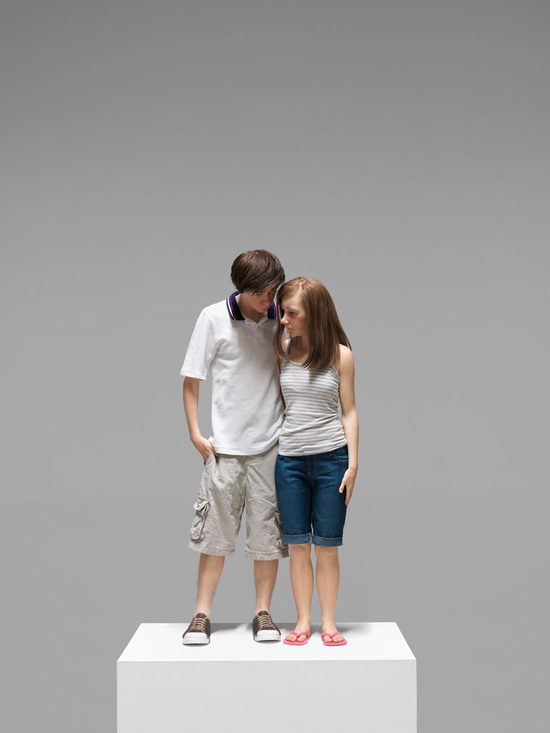 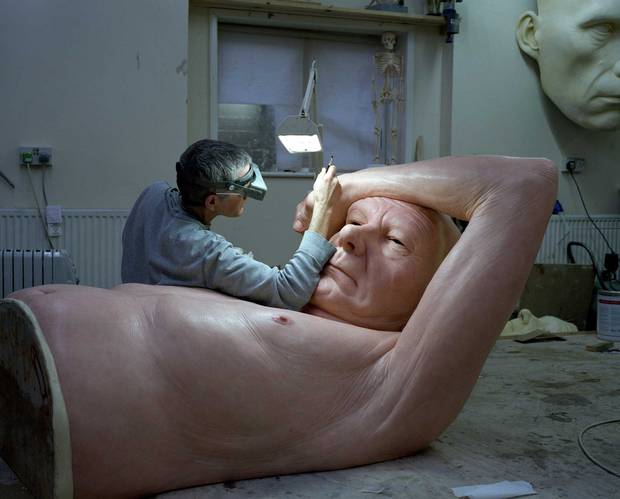 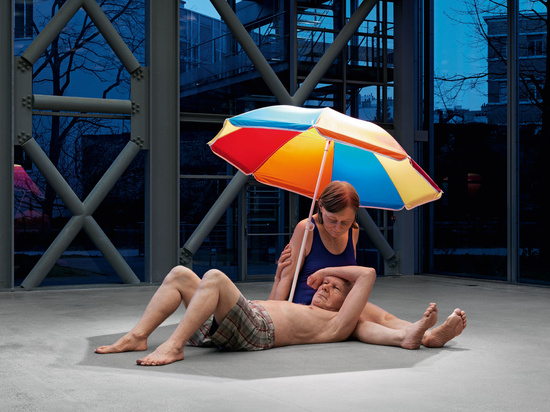 (1) Adapted from “Sculpture as a deconstruction” Ann Cranny-Francis

This site uses Akismet to reduce spam. Learn how your comment data is processed.